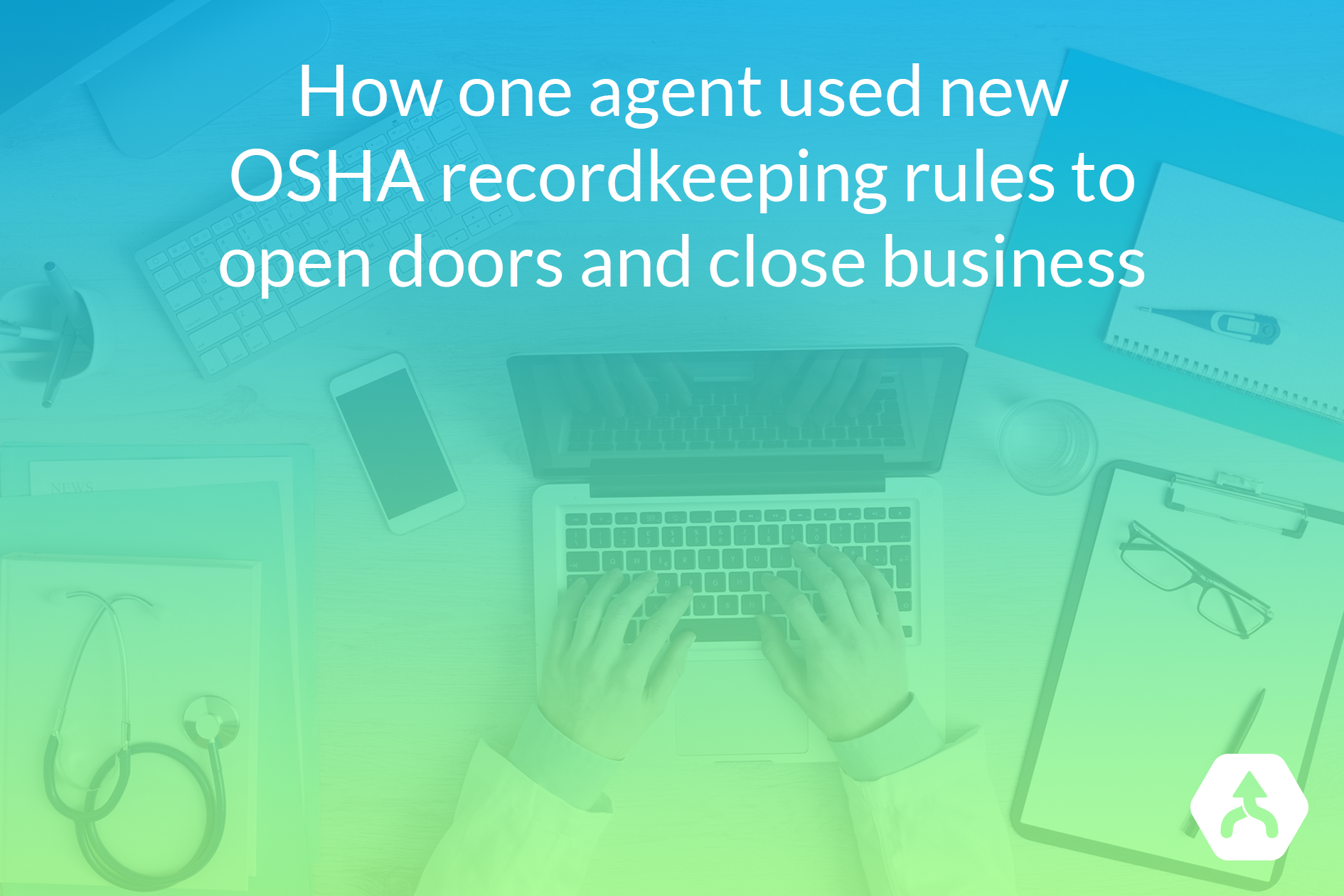 In the commoditized insurance world, agents must bring a strong differentiator to the table in order to grow their book. One highly effective strategy is leading with OSHA compliance, particularly how you can make the employer’s life easier.

A growing number of agents are winning business with that strategy, offering an easy-to-use OSHA web application (like Emerge Apps’ OSHAlogs.com). In this blog we’re going to examine the successes of agent Ryan Smith of Kingsgate Insurance.
Booking meetings
Ryan has had a lot of success using OSHA compliance to get in the door. For instance, he recently approached two larger employers who he had talked with in the past but was unable to set a meeting. While in the past his pitch focused primarily on insurance, this time he led with OSHA.
The first employer, a general contractor, saw OSHAlogs.com once and was ready to sign up on the spot.  Now Ryan is working with the employer and exposing the other areas the incumbent broker may be dropping the ball.
Ryan sent the other employer, a large manufacturing firm, an email focused on supporting OSHA compliance and was able to immediately schedule a meeting.
A new prospecting strategy
Of course, agents have more to offer than OSHA compliance, from insurance options to safety programs. But many agents like Ryan have found success getting in the door by having a different conversation by focusing first on OSHA compliance.
The great thing about using an app like OSHAlogs is that clients and prospects can start using and benefiting from the tool immediately, keeping the initial excitement going after the employer signs up.
Beyond using a technology tool, simply educating employers on OSHA can be effective. It’s a perfect way to subtly challenge the incumbent—open the door and develop a relationship without being seen as just a quoting machine. For instance, Ryan has used the new OSHA recordkeeping rules, asking the prospect if anyone had talked to them about the new requirement that goes into effect in the coming months. Often, prospects aren’t even aware of the change, positioning you as a valuable advisor in addition to placing insurance. This instantly puts Ryan in a class of his own.
If you’re interested in trying this strategy, grab this checklist 9 Common OSHA 300A Summary Mistakes. You’ll get access to a fantastic resource that you can deliver to prospects to show your value (and to your clients too).