Much Need Clarification From OSHA on Anti-Retaliation Provisions Published 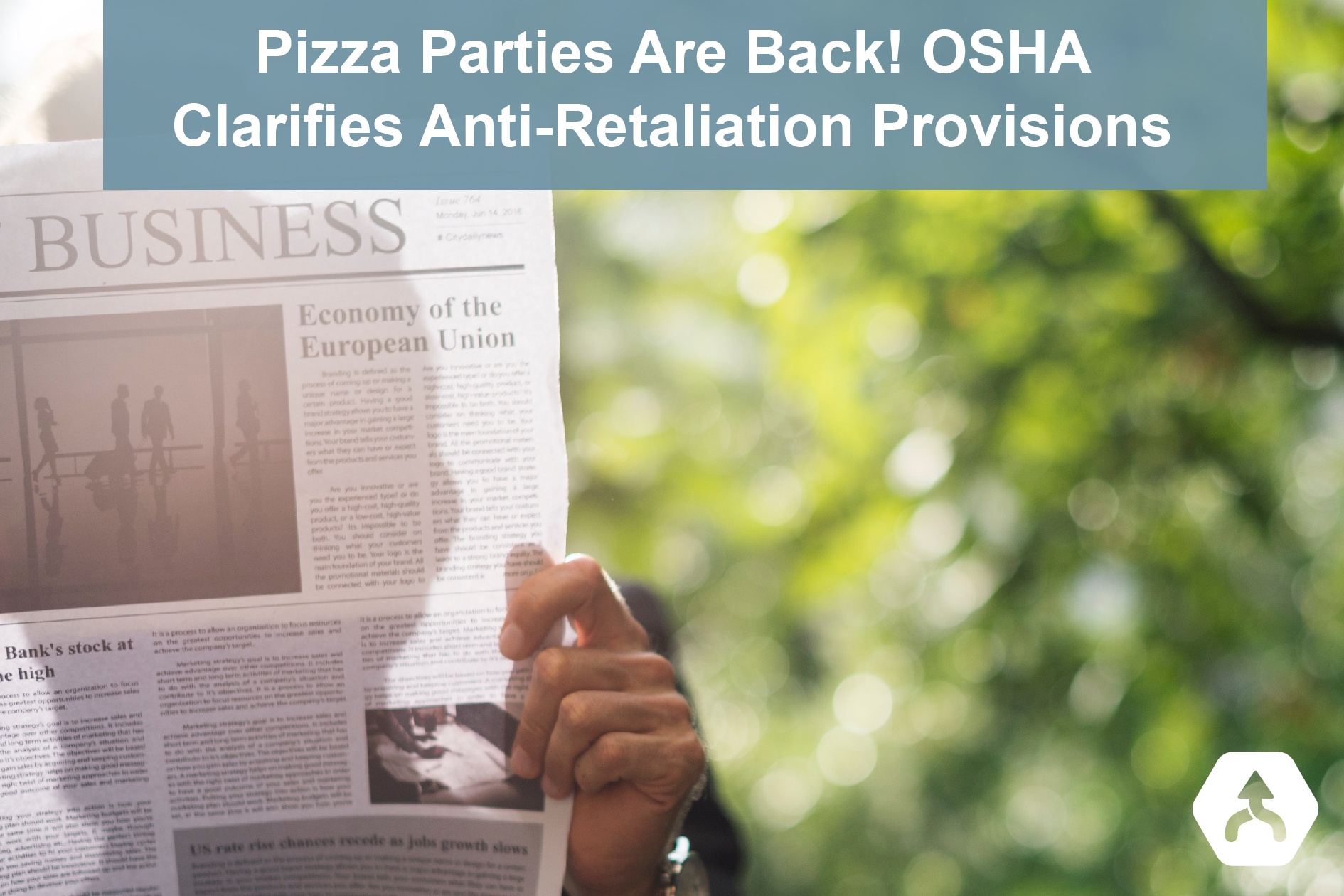 Why is this important? Mainly because many employers struggled to understand the anti-retaliation provisions since they were published, in guidance materials accompanying the new regulations, in May 2016. Up until now, OSHA’s explanations have been extremely vague and confusing. But with this new publication, the confusion ends as yesterday’s interpretation supersedes all the prior guidance on this topic.

OSHA clarifies that it does not prohibit workplace safety incentive programs or post-incident drug testing. OSHA provides that incentive programs can be an important tool to promote workplace safety and health and encourages programs that reward workers for reporting near-misses or hazards and involvement in a safety and health management system. OSHA also provides that rate-based incentive programs are permissible under the rule as long as they are not implemented in a manner that discourages reporting.  If an employer takes a negative action against an employee under a rate-based incentive program, such as withholding a prize or bonus, or a slice of pizza, because of a reported injury, OSHA will not cite the employer under the anti-retaliation provisions as long as the employer has implemented adequate precautions to ensure that employees feel free to report an injury or illness. OSHA also hints that the more “substantial” the reward, then the more the employer may need to do to reassure employees they are free to report without retaliation. In other words, pizza parties are back.

In addition, OSHA provides that most instances of workplace drug testing are permissible. Examples of permissible drug-testing include:

What Should Employers Do Now?

Employers should keep in mind that the regulations do not mention safety incentive programs or drug testing policies. The discussions about prohibitions on drug testing and incentive programs were included in prior guidance given by OSHA, as is yesterday’s interpretation rolling back that position. Thus, this position could change with the next election. For now, employers have some more certainty that the current OSHA is not going to pursue these types of retaliation claims unless there is some strong indications that the employer took action to discourage reporting.

That said, employers need to remember that the key aspect for determining whether their incentive programs are OSHA “compliant” is to treat all employees in a consistent manner and ensure that employees feel free to report an injury or illness.

Regarding employer drug testing programs, to strike the appropriate balance, drug testing policies should limit post-incident testing to situations in which employee drug use is likely to have contributed to the incident, and for which the drug test can accurately identify impairment caused by drug use.